Actually Virtual or is it Virtually Actual? No problems here. Stating for

the record, this is what I am trying to figure out, actually. Perhaps an

ideal way to begin here was by using virtual means, my tablet. Daunting

task that this was, I challenged myself which made me more confident in

my overall abilities to write. Despite what was going on around us, I also

With COVID19 still running around without a glimpse of an end in sight,

there are many people that remain out of work. For me, I am a New York

State Certified Peer Specialist. Currently,  I am on disability and sort of

for employment, I noticed that openings were posted with the future

interviews being held in both actual and virtual formats. So, it is up to

Sherlock Holmes, (me of course), to solve this mystery.

Virtual means almost or nearly as described. However, not completely

or according to a strict definition. It is merely feasible or imagined. Not

anything to be afraid of, but it will take practice to use the media gizmos

that are used. For me as well. Sometimes, virtual is fabricated or made up

in someone's imagination in an effort to emmbellish a story. Recently, in

this 21st Century, virtual is used by computer techs and many average

individuals to simulate an item(s) or person(s) that are not there. Wave,

everyone. All of us, including Peer Specialists, like myself, live in a world of

many modern conveniences, like virtual meetings where we don't leave the

until November 3rd. Yes, I am talking about Election Day. What occurs

virtually, is that most pollsters go around the country gathering a lot of

their information on a variety of different issues. Then, it is interpreted

and reported virtually what was found and finally they make assumptions

why and which candidate people voted for. Now this is how the process

Let us discuss the word actual. It is shown as a concept or idea that

exists entirely in fact. This is done quite typically by what was intended

or believed. Always actual is known to be correct or precise. Also, actual

happens now and in current terms. Going back to the elections, November

(actual fact) and the exercise continues.

However, in the 2000 Presidential Election between Al Gore and

George Bush, there were allegiant discrepancies in the ways actual votes

were counted. It felt like to me as if some people caste their ballots in a

virtual device, playing with the flippers quite similarly to a pinball machine or

tapped keys on a computer. Perhaps, it was regarding a variety of queries

incorrectly or these votes were not totalled. Eventually, most or all of the

tabulations were both finalized and revealed. George Bush was determined

United States. The rest, shall we say, is History. Go ahead, everyone fact

combining audio and video, chat tools and application sharing. They offer a

way to engage people in fully interactive, online learning experiences such as,

lectures, discussions and tutoring. Also, during a virtual meeting, it becomes

significantly harder to discern people's facial expression and feelings about

the topic being mentioned.

As a Peer Specialist, I have gone to many meetings, both actual and virtual

ones.  Personally, I have no preference. There are advantages for each way.

in different cities or states and people do not have to travel. Since COVID19,

At many actual seminars, one can share thoughts and opinions to a live

person besides them. Commonalities are seen on the spot and as written

earlier, facial expressions and gestures are noticed more easily. When we

are in front of someone, expounding of thoughts and ideas occur, which

leads to a more effective dialog. In addition, these actual statements can

In the paragraphs above, we might have learned about the differences

between actual and virtual. Before this article concludes, I will try to give

actually this week in the United States, so it is was our constitutional right

as citizens to vote. This year we can vote virtually with absentee ballots or

go to a polling place on that day and do our duty and put in an actual vote.

Also, I am talking about my significant other, Maureen, who actually died

most definitely and actually true! Sweetie, I love you, I miss you and I still

wish you were here. See you in the News Blogs. 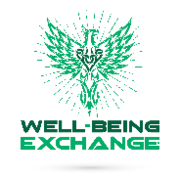 Knock Out The Stigma, Inc. ("K.O.T.S.") is a 501c3 California not-for-profit public benefit Corporation committed to engaging educating and empowering individuals in their personal recovery journeys and increasing mental health awareness through our growing community of peer support specialists, therapists and other well-being practitioners and Recovery Coaches and Mentors. Always Remember You Are Not Alone.

You need to be a member of The Well-Being EXchange to add comments!

This reply was deleted.